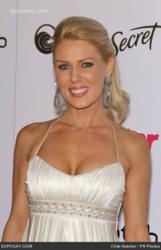 Photoglou also had a lawsuit against Rossi for libel, slander, and false light, according to his First Amended Complaint, seeking $ 1,000,000 in damages. The jury found against Photoglou on all of his defamation claims against Rossi, as established by the jury verdict.

The issues began when Photoglou announced to the world on February 10, 2009 that he was Rossis real boyfriend and that her engagement to Jeffrey Beitzel was staged for the show, according to the evidence presented at trial. Within hours, Photoglou had gone to the National Enquirer, who ran his story, as also demonstrated by the evidence at trial. Rossi’s trial testimony recounted three separate death threats by Photoglou on November 18, 2008, February 18, 2009 and March 4, 2009. Rossi obtained a Temporary Restraining Order against Photoglou on March 5, 2009, according to court documents.

The trial testimony revealed multiple death threats by Photoglou, stalking, online harassment, 911 calls, claims of suicide attempts, and posting of nude photos of Rossi. The parties filed numerous police reports, according to the evidence at trial. There were multiple claims by Photoglou that Rossi and Slade Smiley had assaulted him. The documentary evidence in trial indicated that Photoglou had also enlisted the help of many other associates and bloggers to virtually track Rossis every move to harass her and interfere with her career.

The trial evidence included 3 prior restraining orders against Mr. Photoglou, showing a 22-year pattern of harassing, stalking, and threatening women he knew, according to court documents.

In finding against Photoglou, the jury did not believe there was the relationship Photoglou claimed. During trial, he was repeatedly referred to as “obsessed” with Rossi, according to the trial transcripts. Attorney Gregory G. Brown said, “Photoglou testified in his deposition that he had been engaged to Rossi.” At times during the trial, Photoglou began to cry during his testimony.

According to the trial transcript, the second question asked of Photoglou on cross-examination was:

In its upcoming program for the brown bag series 25 Architects in 25 Weeks, the District Architecture Center will host a discussion with Ralph Cunningham, FAIA on the environmental, contextual, and other factors contributing to his design work. The program, entitled Building/Site/Landscape, will be held at noon on June 21, 2012. The District Architecture Center invites those who share an interest in green building and an integrated approach to architecture to attend.

Ralph Cunningham, of Cunningham/Quill Architects, has received numerous awards for both his modern and historic residential design and renovation. Most recently, his Mother & Child project won the 2011 Washingtonian Residential Design Award and the 2011 Northern Virginia Chapter of the American Institute of Architects Award of Merit. Mr. Cunningham will share his analysis of climatic, contextual, and other influences on building and landscape design. He will show examples of how these factors inform his work from conception to completion, and he will describe the integration of building and landscape in memorable indoor and outdoor spaces.

The Center is excited to welcome Mr. Cunningham and share the details of his stunning works, says Mary Fitch, Executive Director of AIA|DC. His discussion on landscape and building design and its impact on green and carbon neutral development is extremely relevant today, and will serve as a positive jumping-off point for open conversation.

The 25 Architects lunch series is typically hosted on the first and third Thursday of every month. Its held at the District Architecture Center, located at 421 7th St. NW, Washington, DC 20004.

About the District Architecture Center