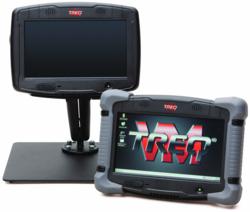 ReSource Pro LLC, the leading provider of insurance process efficiency solutions, is pleased to announce the second 2012 meeting of its Innovation Advisory Council. The event, which takes place at the YOTEL in New York City on July 18 will be featuring change management experts Mike Manes and Beth Montag-Schmaltz. Its theme is Change or Die.

With focus on change management, this event is a unique opportunity to tackle an issue that the insurance organizations need to face since the outlook for 2020 predicts a different distribution system from the one today. In order to successfully transition through the coming changes, agencies must embrace effective change architecture strategies.

Attendees will learn how to:

Discover and define their own starting point in order to plot the journey to their future destination.
Consider strategies and processes necessary to leverage the to be discovered future technologies.
Commit to alignment with the client-defined and client-driver market that will be 2020.
Commence dialogue regarding the culture needed to assure passion, profit, and perpetuation.

Michael G. Manes has been described as a “Cajun Philosopher.” His 38 years of experience in the insurance industry and the scar tissue accumulated serve as the foundation for his consulting practice and educational presentations on issues of planning, innovation, organizational operations and change management and architecture. He facilitates planning retreats, mergers and acquisitions, and agency rollups. Mike is a recognized speaker and writer on a broad range of industry and organizational issues. Mike has authored two books on strategic planning.

Beth Montag-Schmaltz, founding partner of PeopleFirm, is a recognized researcher, practitioner, innovator, and thought leader in the field of change management methodologies and tools. Throughout her 18 year professional journey, she has frequently been sought after to architect and manage complex change management programs for strategic and high-risk corporate initiatives.

ReSource Pro CEO Dan Epstein says that We are very fortunate to have not only one, but two established industry thought leaders like Mike and Beth. They bring ideas, stories and tools that are both inspiring and educational and we believe that attendees will walk away with great ideas on how to manage change in their organizations and position themselves for industry leadership.

About ReSource Pro: ReSource Pro is the leading provider of insurance process efficiency solutions. ReSource Pro’s mission is to transform insurance processing operations for agents, brokers, and carriers into an engine of revenue growth, profitability and competitive advantage. For more information, visit http://www.resourcepro.com.

Tegile Systems, a pioneer in primary storage de-duplication in virtualized server and desktop environments, today announced innovative enhancements to its high-availability MASS architecture and the extension of its product line with the addition of two new powerful storage arrays, the Zebi HA2400 and Zebi HA2800. Tegiles Metadata Accelerated Storage System (MASS) technology separates metadata from the primary data path and optimizes functions such as de-duplication, compression, RAID and snapshot pointers, allowing for up to 75% capacity savings, while accelerating IO by up to seven times when compared to traditional storage systems.

The major flaw we see in the all-flash arrays introduced in the market is the performance and data reduction claims that are dependent on 100% flash designs, said Rob Commins, vice president of marketing at Tegile Systems. Their cost per GB claims compare with 15,000 RPM-based systems in a RAID 1 or mirrored configuration.

Commins added: Tegile’s MASS architecture enables us to differentiate and deliver performance at or above those all-flash arrays, while including high-capacity disks to address the $ /GB issue others have. All-flash arrays sell in the market at $ 5-10/GB, while Tegile’s MASS based arrays sell well below $ 2/GB. We raise the performance of near-line SAS hard disk drives to rival extremely expensive high-RPM SAS or Fibre Channel drives, thus enabling the acceleration of every storage function within the array.

With MASS, Tegiles Zebi storage system organizes and stores metadata independently to the data on high-speed devices with optimized retrieval paths. IT administrators benefit from top-end disk drive performance without the need to invest in costly storage.

This is an improvement over traditional storage systems which store data and metadata together, with metadata being interspersed with data on disks. Over time, as data is modified, deleted and rewritten, metadata becomes very fragmented. Additionally, certain storage system features, such as de-duplication, can cause metadata to multiply and grow rapidly. Inordinate growth of metadata causes significant deterioration in a systems behavior over time.

Were seeing a dramatic uptick in the number of customers who are deploying or refreshing virtual environments and finding that their legacy storage environments may not meet these new performance requirements at a reasonable cost, said Terri McClure, senior analyst, Enterprise Strategy Group. Our recent Lab Validation Report on Tegiles MASS architecture highlighted the fact that Tegiles Zebi arrays were able to provide excellent performance, were extremely flexible and optimized the use of SSD and HDD to enhance IO or throughput performance, while maintaining a very aggressive $ /GB. With this new release, Tegile is enabling customers to significantly improve their legacy storage environments and better meet the new demands imposed by virtual environments.

The Tegile MASS architecture has now been enhanced with an all-flash controller and the addition of FlashVols to maximize performance. Now, large and medium enterprise customers who need high-performance and high-availability storage will benefit from flash-grade performance without incurring the costs traditionally associated with top-grade disk drives.

FlashVols are volumes that are pinned in SSD so applications run at maximum performance without the potential for delay due to caching algorithms or tiering polices. Several competitive offerings use sub-volume tiering to address performance spikes found in these types of use cases. These policies are usually set to analyze usage patterns every three hours or migrate data across tiers in off-hours. But by that time, a boot storm may have completed or a spike in sales at an online retailer may have passed. Pinning critical volumes in SSD ensures these types of problems do not occur.

Tegiles two new storage arrays, the HA2400 and the HA2800, are considerably faster than legacy HDD arrays and significantly less expensive than all solid-state disk-based arrays. Featuring both NAS and SAN connectivity, the HA2400 and the HA2800 are easy-to-use, fully redundant and highly scalable. Additionally, they come complete with built-in snapshot, replication, near-instant recovery and virtualization management features.

Highlights of the HA2400

Tegiles HA2400 enables customers to break through HDD-born performance barriers in order to better manage large-scale VDI projects that often double the number of desktops under management. Featuring a multi-protocol hybrid array with de-duplication and compression that delivers up to 125,000 IOPS, the HA2400 enables organizations to double the number of applications under management.

Highlights of the HA2800

The Tegile Zebi HA2800 is a multi-protocol, all-flash array that can be placed in front of a large pool of hard disk drives to deliver leading performance while not abandoning the aggressive cost constraints customers operate within. It delivers superior performance and can be augmented with expansion chassis to expand capacity up to 146 raw TB and resolve the $ /GB challenge other all-flash arrays cannot address.

Desktop virtualization was an important consideration for us as we were planning our server virtualization implementation, said Ben Croxton, IT director, Global Directories, the parent company of U.S.-Yellow Pages. We looked at several hybrid arrays and Tegile won our evaluation hands down because performance was key, yet storage systems from incumbent vendors didnt have the performance we needed. Tegile had the most powerful platform, the richest feature set and the best value for our dollar. 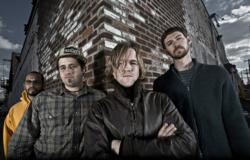 Campus Martius Park officials and sponsors today announced the Summer in the Park 2012 lineup, presented by Compuware Corporation and WXYZ Channel 7, and featuring more than 70 musical acts and entertainment stretching 10 weeks long. In addition to workday favorites like the Greektown Casino Mid-Day Music Series and 4th Fridays, this years free summer programming welcomes the new Huntington Bank Sunset in the City Thursdays, Movie Night in the D and two-day JamFest! produced in partnership with the Detroit Music Awards (DMA).

Summer in the Park 2012 features a veritable feast of free entertainment for nearly all music tastes, from Detroit Rock and Indie Rock to Blues, Jazz, Punk, Funk and Motown, with a side of Classical Music, said Bob Gregory, president of the Detroit 300 Conservancy. Our schedule of events and entertainment is as dynamic and diverse as the people who work, live and play in the city.

The Summer in the Park series kicks off June 19 with the Greektown Casino Mid-Day Music Series, with live music from noon to 2 PM running Tuesday-Friday, 10 weeks through Aug. 30. Hosted on the Summer Main Stage, talent will consist of a variety of top Detroit performances according to the following themes: Detroit Manufacturing Tuesdays, 93.9 The Rivers Lunchtime Concert Wednesdays, Detroit Music Showcase Thursdays and WDETs Essential Fridays.

Back by popular demand are movies in the park, Movie Night in the D presents Academy Award-nominated and winning films under the stars in CMP. Presented by Good People Popcorn and Guernsey Farms Dairy, the films begin at dusk on Friday nights (excluding 4th Fridays) July 20-Aug. 17.

Summer in the Park has become a tradition that pulls visitors from within and outside the region to enjoy our wonderful city, Gregory said. Guests are welcome to come to the Park to enjoy special lunchtime activities, listen to music, relax on our beautiful lawns, or simply take in all of the sights and sounds that downtown Detroit has to offer. It will be a party.

The 4th Fridays in the Park series has received the summers highest best of events rating from the Detroit Free Press and boasts national and Detroit music stages that showcase a wide variety of music and entertainers.

A summary of events follows by month: 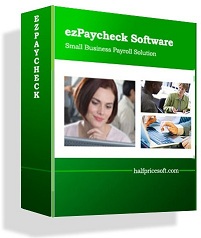 Many business owners would like to give employee generous bonuses because bonus bucks are the easy way for employers to give personalized, instant rewards to their employees. Halfpricesoft.com (http://www.halfpricesoft.com) released the new 2012 ezPaycheck payroll software, which makes it easy to handle salary, bonus, commission and other customized rewards.

TrackPoint Systems (TrackPoint), a leading provider in asset management hardware and software solutions, is pleased to announce an update to CONNECT, their 24/7 trailer tracking web application. When matched with the patented, solar-powered Tr/IPS Master Control Unit, this system provides TrackPoints customers with critical information, including trailer location and sensor data, faster and easier than ever before.