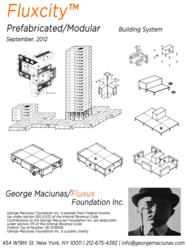 New York, NY. George Maciunas/Fluxus Foundation is pleased to present Fluxcity: Prefabricated/Modular Building System in the foundation gallery space at 454 West 19th St. Engaging Maciunas statement efficiency is giving the most performance for the least cost, the exhibition critically explores Fluxhouse/Fluxcity as a solution to achieve social welfare by raising the Quality/Standard of Living for communities across the economic spectrum.

George Maciunas invented the 1900-sq-ft prefabricated mass building system known as Fluxhouse as a cost-efficient, sustainable, and multifunctional solution for social housing. Fluxhouse is a modular unit based on a minimum number of components which can be customized to residential, institutional, industrial, and agricultural functions, and multiplied to construct buildings of any size. Intended for factory production, Fluxhouse has simple tooling requirements and is readily adaptable to existing automation systems. This eco-friendly design is resistant to natural disasters including fires, floods, earthquakes, and hurricanes as well as deterioration caused by rot, termites, corrosion, and discoloration.

Maciunas was awarded architectural degrees from Cooper Union (1952) and Pittsburghs Carnegie Institute of Technology (1954). After graduation, he worked for several major firms, including Skidmore, Owing and Merrill (1955-57), the highly regarded designers Knoll Associates (1960-61) (interior design, interior graphics, exhibits, displays, structures), and Olin Mathieson (1957-1960) (R&D Aluminum div product development and design) where he is credited with the invention of a structural framework useful in construction of prefabricated buildings using extruded aluminum beams and columns. Furthermore, Maciunas received a patent for the innovative modular building system in 1961. The Fluxhouse design was completed and copyrighted in 1965 as an invention which can be used to build a single family house, a highrise building, or an entire city (Fluxcity).

Intended as an improved design to Soviet Block Housing and Levittowns, Fluxhouse is a flexible building system which reduces costs through an innovative manufacturing process of prefabrication rather than a reduction of living space. Fluxcity marries Maciunas collectivist sensibility with his interest in learning models as an solution to amend economic inequality through adaptive urban design.

As the world faces its greatest economic challenges due to poor property speculation and expanding populations, Fluxcity holds great promise as part of a national program like Roosevelts New Deal to amend shantytowns and sprawl, aid unemployment, and provide relief to lower and middle class communities. On a global scale, Fluxcity has immediate potential to repair slums, which is regarded as the worlds fastest growing urban habitat as the number of residents have risen from 777 million to 830 million in 2010.

In demonstrating an organic process of need-based growth, Fluxcitys evolutionary design principles will be examined in relation to Maciunas theories on knowledge processing in the web exhibit. The foundation will present images by German-born photographer Christoph Gielen, whose aerial photographs of isolated suburban settlements and rapid urban developments raise critical awareness on the hidden geometries of the built environment. Topics of commercialism, starchitecture, nomadism, and collective intelligence will be explored in the scholarly works of writer Stewart Brand, mathematician Nikos Salingaros, Dr. Michael Haerdter, professor Rosi Braidotti, and Jessica Rhee, among others.

An Assessment Report on Fluxhouse is available, please contact info(at)georgemaciunas(dot)com 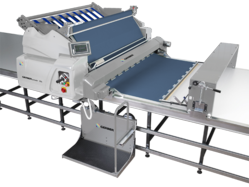 Gerber Technology announces the availability of its newest precision spreading system, the GERBERspreader 250s, which accommodates material rolls weighing up to 250 kgs. (550 lbs.) and spreads at speeds up to 100 meters per minute without tension. In addition, precision selvage and end alignment technology maximizes material utilization.

Ron Ellis, product manager for Gerber Technology, said, This addition to our GERBERspreader line enables apparel manufacturers cutting denim, corduroy or knits to spread from very heavy rolls. It also enables makers of automotive interiors and transport seating to spread foam laminate materials from very bulky rolls using an extra-large cradle that can accommodate rolls up to 120 cm. (47 in.) in diameter.

The GERBERspreader 250S effectively addresses worker safety and ergonomics issues in several ways. The spreaders cradle feed system is equipped with an electric cradle tilt that enables fast and easy loading/unloading and threading/rewinding of material rolls. An optional loading system lifts heavy fabric rolls from the floor to the spreader cradle and vice versa making it easy and safe to load and unload rolls. In addition, sensors located on both sides of the GERBERspreader immediately halt the system when an obstacle is in its path.

Ellis noted, Throughout our 45-year history, customers have come to rely on Gerber to provide a total cutting room solution that includes spreading tables, advanced spreading systems and computer-controlled cutting systems. This newest spreading system is the ideal addition to our suite of solutions because it is not only fast, precise and ergonomically-sound, it also delivers significantly improved material utilization.

For more than four decades, Gerber Technology has been a world leader in providing sophisticated hardware and software systems to automate and more effectively manage the product design and manufacturing process. The company serves 25,000 customers, including more than 100 Fortune 500 companies, in the aerospace, apparel, retail, composites, packaging, furniture, technical textiles and transportation interiors industries in 130 countries. Gerbers products help users move faster, at less cost and with the highest quality.

Based in Connecticut, USA, Gerber Technology is owned by Vector Capitol, a San Francisco-based, global private equity firm specializing in the technology sector that manages more than $ 1 billion of equity capital. Visit http://www.gerbertechnology.com for more information.

Acoustic Technology Inc. (ATI Systems) of East Boston, MA was awarded a half a million dollar contract for the design and installation of a state of the art wireless public address system for the GSA – PBS Heartland region, Kansas City, MO.

ATI was selected based on providing superior voice and tonal clarity. In addition, the new systems strength is that it allows for a variety of notification methods to be utilized such as text messages, telephone alerts, email and desktop alerts. The system interfaces easily to the existing internal analog phone system for activating from any phone. This system will provide real-time, dynamic information to everyone on the property and in the immediate vicinity during emergencies.

The two control stations will be used to activate, test and monitor the ISU alerting units. Through tone alerts, pre-recorded voice messages and live public address, everyone affected by an emergency are immediately notified how to respond. The key advantage to the ATI system is the companys proprietary acoustic modeling that ensures clear and precise sound audibility and voice intelligibility throughout the facility.

Since its launch in 2008, Philips CX50 CompactXtreme ultrasound system has been providing the flexibility of a portable system, while delivering the imaging performance of a premium ultrasound solution. With Live 3D TEE now available on the CX50 xMATRIX, interventional teams can more easily access important clinical information and visualizations for complex interventional procedures. For clinical efficiency the compact Live 3D TEE transducer is designed to be shared between the CX50 and iE33 xMATRIX systems. Because of this, departments should be able to reduce the number of TEE transducers that must be purchased, tracked, cleaned, and stored.

The first thing the staff noticed was the incredibly small size of the CX50 system, which is very useful in our cath lab where space is at a premium, said Dr. David Liang, MD, PhD, Associate Professor of Medicine and Director, Marfan Syndrome and Aortic Disorders at Stanford University. In clinical evaluations the Live 3D TEE image quality is excellent and, with the new user interface, 3D imaging is really intuitive. In imaging TAVR procedures with the CX50, I am able to easily switch back and forth between 2D and 3D during the critical time when we are positioning the valve.

Weather Central, LP, is presenting its groundbreaking new Wind Power Yield Forecast (YIELD FORECAST) for the first time in the U.S. at AWEA 2012 at the Georgia Congress Center, Atlanta Georgia in Booth 2950. The YIELD FORECAST system is unique because it has been purpose built for the wind industry, which loses $ 500 million annually as a result of inaccurate forecasts that were not designed to the unique requirements of wind parks.

Solid forecasting is essential to mitigating the operating risk of wind parks, said Steve Smedberg, Weather Central senior vice president for enterprise. YIELD FORECAST is simply the most advanced system of its kind, bringing together decades of forecast experience, proprietary high resolution data sets, and advanced computing technology. Our exclusive methods of customizing the toolkit at the level of individual turbines are producing unprecedented forecast precision.

Weather Central YIELD FORECAST will provide wind park operators and utilities with more accurate, actionable predictions for the power output for the following 24-48 hours to help them extract the maximum value from the wind-generated power. YIELD FORECAST specifically addresses the need for operators to predict their output on a day-ahead basis and to prepare responses to real-time fluctuations in output. Globally, poor forecasts are estimated to cost wind operators in excess $ 500 million (U.S.) due to: having to sell excess power at low or negative prices, being forced by shortfalls to buy energy from other sources in the real-time market in order to meet commitments, and having to pay penalties and tariffs imposed on them for inaccurate yield forecasting.

YIELD FORECAST is unique because it is the only solution for the wind energy industry where a single company controls the entire forecast chain. This provides Weather Central with unmatched flexibility to optimize the forecast not just for each wind park, but actually at the level of individual turbines for peak precision. The Weather Central YIELD FORECAST solution combines on-site data feedback and input from the customer with proprietary Weather Central technologies including:

For a complete look at Weather Centrals solutions visit http://www.wxc.com/windenergy.html.

About Weather Central, LP Weather Central, LP, founded in 1974 by broadcasters and meteorologists based in Madison, Wisconsin, is the leading provider of professional onair, online, print, mobile and enterprise weather solutions and forecasting to major customers worldwide. Utilizing the Companys dynamic weather graphics, precise forecast models and data, and patented technology, more than 1000 partners and hundreds of millions of consumers worldwide benefit from Weather Centrals attention to weather presentation, detail and insight. 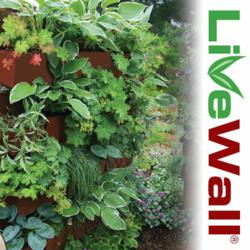